Title:                      “Moscauw”​
​
Description:
Decorative Braun & Hogenberg’s first view of Moscow, from a slightly elevated viewpoint across the frozen Moskva River, first published in 1575. In the foreground are depicted two cows and a number of armed Russian soldiers on horseback. These graphically reflected the growing military power of Moscow under Grand Duke Ivan IV (Ivan the Terrible), who was the first to assume the title of Tsar of Russia and who established the city as the capital of the Grand Duchy of Russia in 1547, not long before this image was made.
Sheet comes from Latin edition of “Civitatus Orbis Terrarum”, the most important town book of the 16th Century. 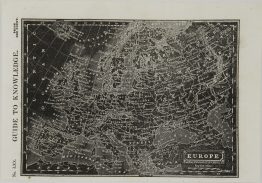 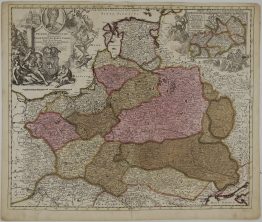 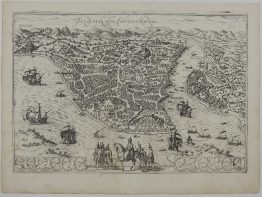 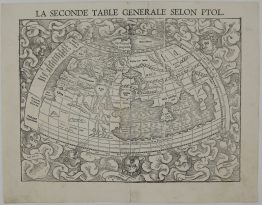 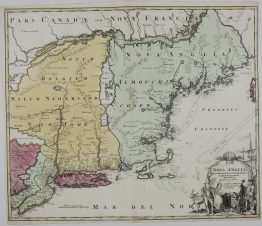 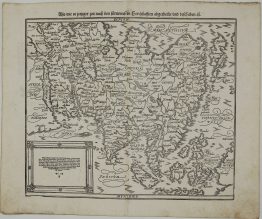 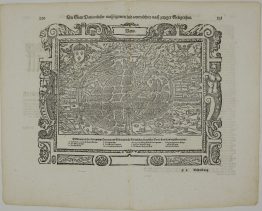 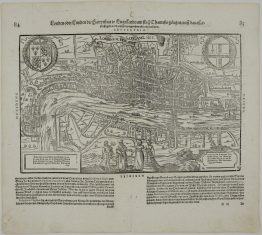 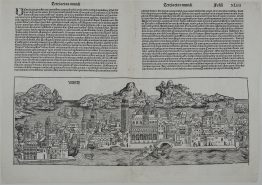