Title:                      “ASIAE NOVA DESCRIPTIO​”
​
Description:
Rare, the first edition, map of Asia by Abraham Ortelius from Latin edition atlas “Theatrum Orbis Terrarum”. It covers from Europe and Africa eastward to include all of Asia, the East Indies, Japan, and parts of New Guinea and Australia. From west to east, this map offers numerous elements worthy of further study. The Caspian Sea, according to the convention of the time, is presented on an east-west rather than north-south axis. Arabia is projected in a distended form. Further east in western China, Cayamay lacus is depicted. This mystical body of water was postulated by Ortelius to be the source great rivers of Southeast Asia. Indeed, Ortelius crisscrosses East Asia with a vast network of waterways advocating his belief that a water route existed through China to the North Sea and hence, via the Northeast Passage, to Europe. Still further east Japan appears in a distorted top heavy projection that resembles a tadpole. To the south Luzon is absent from the Philippine Islands. In the extreme southeast portion of the map Australia appears as ‘Terrae Incognitae Australis.’ East of China, two sailing ships ply the waters of the Pacific.​ 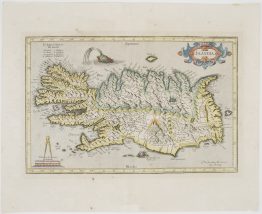 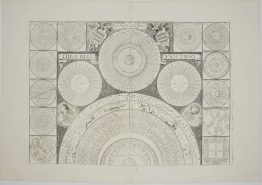 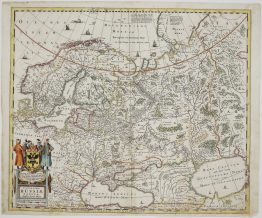 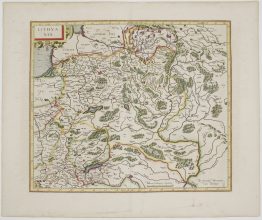 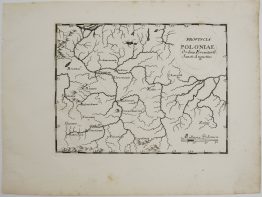 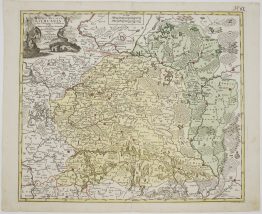 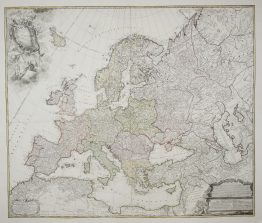 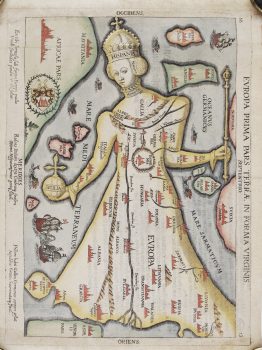 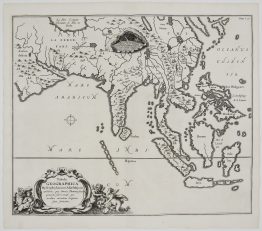